I think it was back in 2001 when a poor family became the sole winners ofÂ the USD78 million pot of the California state lottery.Â News later reported that the family (who refused to show their faces on camera) decided to take the money in full.Â Even though the real deal is that when a lottery winner decides to take the money in full he could only take half of it (as compared to taking the whole amount by installment), that was still a whopping USD39 million!Â That family doesn’t have to do a lick of work anymore and will sleep in financial security until the day they die.

Sometimes I get to thinking about what I would do if I’d won USD39 million (which at current rates is roughly equivalent to PHP1.5 billion).Â Some of the things that I definitely would do are:

2) Get a personal trainer

Then I get to really think about things.Â Like, I wouldn’t need to do a lick of work for the rest of my life.Â No need to strive for anything anymore because, well, I could buy just about anything.Â Even if I scatter the PHP1.5 billion in several time deposits and try to get byÂ on nothing but interest earnings, that’s still PHP30 million a month!Â What the hell would I do with 30 million pesos a month?

I’d probably be the happiest man on earth, right?

What if I suddenly learn that I have cancer?

Oh yeah, earning 30 million a month, it would be a cinch to get the best medical care money could buy.Â But then, it doesn’t matter whether I’m being treated by a Nobel Prize-winning physician or a young intern from a small provincial clinic, ultimately I’d still be relying on God’s provisions to cure me of cancer.

In the bigger picture, whether I’m the richest man on the planet or a destitute blue collar worker, that doesn’t change my ultimate purpose in life – which is to bring glory to God in everything I say and do.

And in so fulfilling that purpose, would I really need 39 million dollars?Â If we could beÂ focused on the real reason why we exist, does it really matter that we’re filthy rich, or dirt poor?

Yeah, it would certainly still be nice to be able to shop til we drop everyday or play video games on the biggest freaking plasma TV we could find, but I guess that’s about all there is with wealth.Â Nice to have, but not necessary. 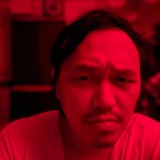 An incorrigible Gen-X cynics who writes too damn much