Be afraid of the ones that get EVEN.

These are the people who get aggravated, antagonized, and anathematized for no real reason, and still remain quiet.

They’re like crocodiles.Â You make the water murky, you only give them a way to move unseen.Â Before you know it, you’re wide-eyed staring at the bubbles coming from your mouth as the croc drags you deeper and deeper into the bottom of the river.

If you’re so rabid that you’d actually get sick if you’reÂ forbidden fromÂ making enemies out of individuals who are just minding their own business, at least glance at these tips on what kind of people you should choose as enemies.

1) Those that get mad – they’re nothing but noise, calling everyone’s attention to make themselves appear like they’re the ones being offended.Â Like I said, don’t be afraid of them.

2) Those that ignore you – you may become frustrated as hell that your antics don’t get a rise out of them, but at least you don’t have to worry about getting the tables turned on you.

3) Those who are too stupid to realize they’re already being insultedÂ (of which I am definitely not one of them.Â You can veil your belligerence with the thickest decoy tactic you could think of, I’d still see through it)

Having said all these…

My ultimate advice is DON’T make enemies.Â Contrary to what the enmity-advocating gossip-mill culture that we have may impress on you, making enemies is not admirable.Â It’s not cool.Â It will not turn you into a prom king or queen.

You’re retarded if you initiate and perpetuate conflicts willingly and gleefully.Â You deserve to be called bading (if you’re a guy) or palengkera (if you’re a girl).

No class at all.

It’sÂ not worth it.Â For whatever reason.Â Let alone having no reason at all.

It still pays to turn the other cheek. 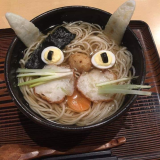 An incorrigible Gen-X cynic who writes too damn much